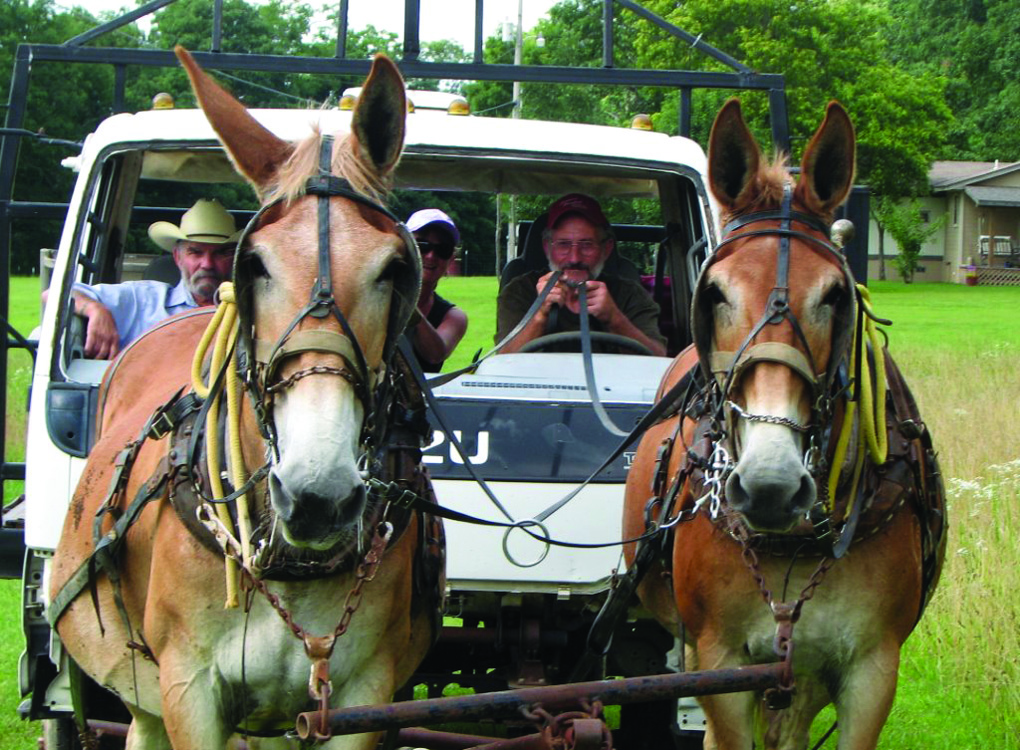 Editor's Note: Our November issue will feature coverage of the 2014 National Championship Chuckwagon Races. In the meantime, here is a little racing story from to tide you over until then!

Heads Up Clinton Chuckwagon racing fans, Tonto Shepherd and the Triple S racing team from Winslow, Arkansas have a new training wagon. Move over Jed Clampett and the Beverly Hillbillies, Tonto has you beat. As a friend said, “This screams Hillbilly/Redneck!”
This story is about a friend, Tonto Shepherd, who is also a great mule man. Tonto is a member of the Triple S chuck wagon race team; Triple S competes in the big mule chuck wagon division. The Triple S wagon is pulled by Tonto’s 25-year old sorrel mules, Jack and Jill. Most anyone that has attended the National Championship Chuckwagon Races at the Bar of Ranch in Clinton, Arkansas is familiar with Tonto and his chuck wagon race mules. Tonto’s team is well-known for coming off the big hill in the big mule race with a parachute attached to their wagon to help slow them down.
My husband, Rickey and I recently spent a weekend with Tonto and his wife Beverly. After lunch, and a few hours of visiting, Tonto asked Rickey if he would like to hook up Jack and Jill and take a ride in his new training wagon. Of course Rickey said yes and they were off to the barn to harness the mules.
Well, Tonto had recently been to an auction of a deceased friend…this old guy had many mules and wagons. Tonto had his eye on an Isuzu truck with no motor or transmission, a flat bed and tongue on the front that you could hook a team to. A training wagon was what Tonto thought when he saw the truck. Of course, it was the last item to sell, and by the time the auctioneer got to the truck Tonto and Beverly had been sitting in it for awhile. Tonto wanted the truck so bad he and Beverly sent out for drinks and lunch in order not to miss it sell. So, when the auctioneer banged the gavel Tonto was the new owner of an Isuzu mule training wagon.
After the mules were hooked up, Beverly and I got some lawn chairs and proceeded to find our places on the flat bed. Mitch and Pepe, the dogs were so excited and were ready to go also. By the time we got a couple of miles down the road the dogs were ready to join us on the flat bed.
The White Rock Mountain, around Winslow, can be pretty taxing for a team, so Tonto tried to keep the mules on a road that didn’t have a lot of hills. After a couple of hours he decided to turn around and head back home. When Tonto yelled “gee” Jack took to the right…not a good move as the truck turned pretty sharp and the front hit the doubletree. No way were we going to turn that sharp and head home. After looking at the situation and wondering what the heck they were going to do, Rickey got in front of the mules and Tonto was able to back them down a short incline, off of the road, and was able to turn them around and head home. This was only the second time Tonto had the wagon out, so he said this was a learning experience for both him and the team. Beverly mentioned to me as we were sitting on the flat bed that there was never a dull moment…you never knew what was going to happen. I agreed completely, but it was so much fun!
I am not saying this racing wagon will be at the chuck wagon races in Clinton this year, but I am saying you had better watch out. With this training wagon and this team training with it, they may be hard to beat! And I can say for sure Tonto will truly need a parachute for his little racing wagon if he continues to train with the new wagon.
Rickey and I have known Tonto and Beverly since we retired and bought a house on White Rock Mountain in 2005. We became immediate friends, as we have so much in common with our love of mules and horses. I was diagnosed with metastatic breast/ovarian cancer within weeks after buying our house and retiring. Tonto and Beverly turned out to be great neighbors, and even great friends. Rickey and I were so grateful to Beverly, as she provided meals for us every week when I was in chemo. When we got home from the oncology clinic every Tuesday there would be an ice chest at our back door containing at least three days of meals. When Rickey would return the ice chest and tell Beverly how much we appreciated the food, she acted like it was nothing. Great people like Tonto and Beverly don’t come around often. We moved in 2008 to our present location, but we have maintained our friendship with them. Life is good! 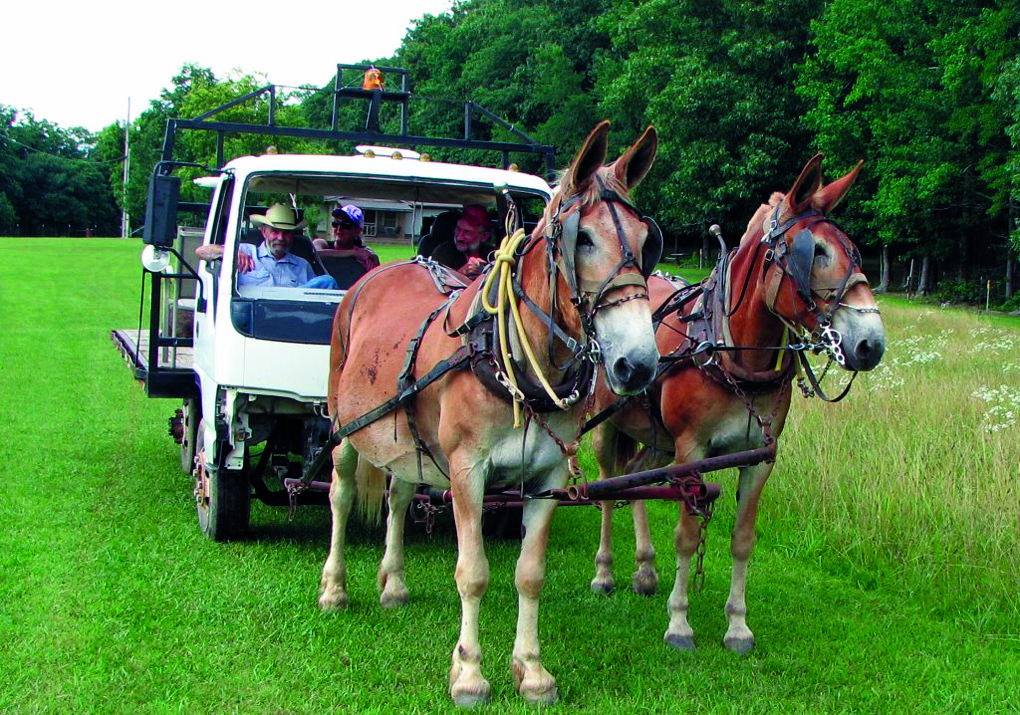